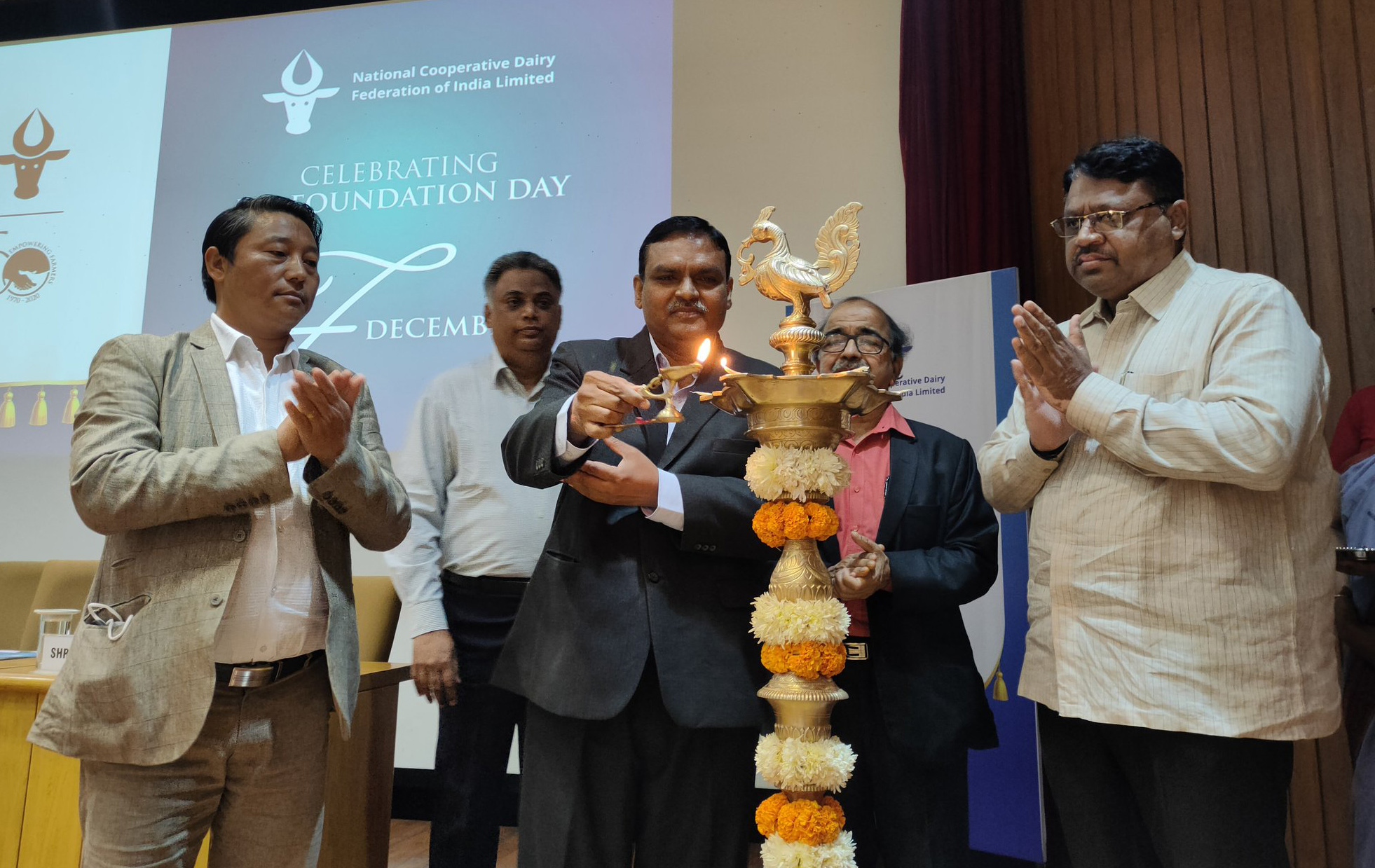 NCDFI hosted a reception to celebrate the 51st Foundation Day on Tuesday December 7, 2021 at the Dr. Verghese Kurien Auditorium, NDDB, Anand. Meenesh Shah, President, NDDB was the guest of honor for the function. The event was attended by NDDB and NCDFI officials.

Mangal Jit Rai, President of NCDFI, delivered the welcoming speech during the ceremony. He gave a brief overview of the historical background of NCDFI and its various activities, which was followed by the release of the first cut of the institutional short film on NCDFI.

Meenesh Shah, Chairman of NDDB, congratulated the Chairman and the entire NCDFI team for the significant progress in various dimensions, highlighting in particular the efficient functioning of the “NCDFI eMarket” and its role in the transparency and efficiency of operations. commercial.

Shah praised NCDFI for playing a central role in the growth and development of the dairy industry in the country.

It should be remembered that NDDB Dairy Services has a total annual turnover of Rs 4,564 crore from 15 milk producing companies (MPC). It should be mentioned that the NDS was instrumental in the creation of 15 MPCs in 69 districts in eight states of the country.

NDS has promoted dairy farming enterprises in areas where cooperatives are not present or coverage by cooperatives is insufficient. Currently, around 24 percent of villages are covered by dairy cooperatives.

“Since Shah joined the NDDB presidency in June of this year, he has worked hard to usher in the milk revolution in remote areas of the country. Shah was also actively hosting a mega event on the NDDB campus to mark Verghese Kurian’s birthday last week, ”said KC Supekar, MD, NCDFI.

In his speech, Supekar enlightened the audience on the long association and endless support given by the NDDB, throughout the existence of NCDFI, and continued to sponsor its various activities, including “NCDFI eMarket”. Supekar thanked Meenesh Shah, NDDB President, for his continued support, encouragement and guidance.

Rajesh N Parjane, Director, NCDFI cast a vote of thanks. He expressed his gratitude to the Chairman of NDDB and NCDFI as well as to the MD and Director General of NCDFI for honoring the opportunity and thanked the NDDB and NCDFI officials for the smooth running of the office.