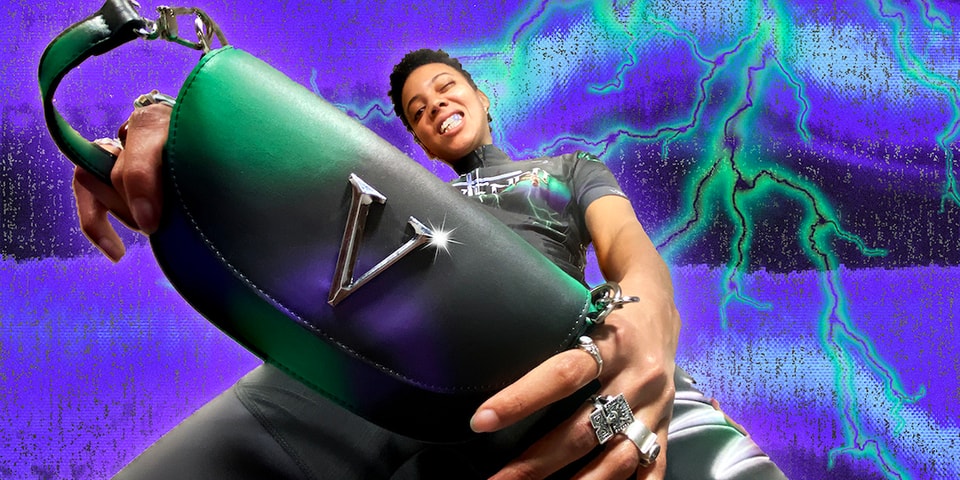 Lagos and London-based design collective VIVENDII has launched a new online store alongside the latest version of its clothing collection, heavily inspired by the digital world of the ’90s.

The collective, formed of Jimmy Ayeni, Ola Badiru and Anthony Oye, started as a group of bloggers in 2011 but quickly moved on to styling, where they were spotted by the late Vogue Italy editor-in-chief Franca Sozzani, who encouraged them to create a brand. Their heavily branded FW19 collection was their last, before the band took a break to focus on music.

But in September, the group received the Metallic Fund, an initiative set up by Grace LaDoja and Alex Sossah to provide financial support and mentorship to black creatives. The group won a grant of £ 20,000 (approximately USD 27,000) from the fund, enabling them to launch their new store.

The online store itself is loosely based on the classic Windows desktop game format. Solitary, which was factory installed on most computers in the 90s, and by the classic arcade fighting game Tekken. Mobile card games on the site link to reseller pages, a shopping section and a page dedicated to the collective’s music channel, VIVENDII SOUND. The collection itself is largely in line with the brand’s earlier offerings, focusing on logo tees and hoodies, as well as a new line of printed bags.

Among the other collections published this week, discover the second offer from Matthew M. Williams at Givenchy.